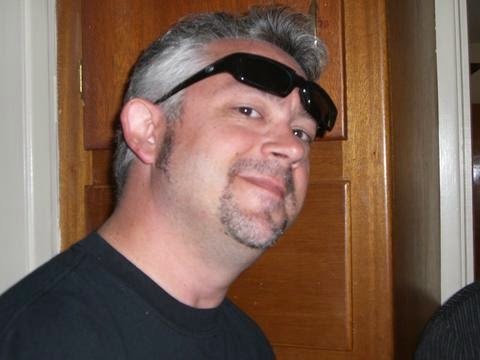 Today is the anniversary of the death of my best friend and blood brother, Matt Welty. I've written a lot about how he affected my life, but I wasn't the only one. There were hundreds of people at his funeral and there would have been dozens of speakers if we'd had the time. Still, we heard a dozen poignant tales of how he helped turn people's lives around, encouraged them to pursue their passions and face their fears, and how he made the lives of so many of us better. It's quite telling that seven years later people still hear his laughter in the joy of others, tear up at a bit of geek culture he introduced them to, and reach out to the rest of us when, in a hard moment of life, he shows up in a song, a picture, or a memory to remind us that his spirit is still there.

For those of you who didn't know our dear friend, Matt, I'm sharing two things that I hope give you a tiny glimpse into who he was and what he meant to me. The first is a memorial video I did for him in 2010 after I found a recording of his voice. The second is the eulogy I read at his funeral. I hope other people choose to share their stories in the comments below.


How he touched our lives is his legacy and proof that a man never truly dies until all the lives he's touched have passed away.

Matt and I have been best friends for almost 20 years. Ten years ago we traveled to a special spot in the Panamint Valley and went through a ceremony to become Blood Brothers.  He told me once that he believed our spirits travel in groups, continuously reincarnating through time.  If you had a story together in a past incarnation, you would have a story again in this one.  He was 9 years older than me.  As far as the two of us were concerned, he shrugged and told me, “I just got here a little early this time.”

You will hear a lot of Matt stories today and in the weeks to come I’m sure.  Maybe later I will share some of my favorites; like his run-ins with Bigfoot and Elvis or any number of stories where, as a child, Matt took a dare, failed miserably and his friends left him for dead.  But right now I felt compelled to share with you the connection Matt and I had with each other and why our friendship was so extraordinary to the both of us.

I’ve been trying to do that for days.  And when I couldn’t figure out which stories to tell, or what to share that would impress on you what Matt meant to me personally, I did what I always did when I was staring at a blank page.  I asked Matt.

For those of you who only knew him through work, or maybe through one of his numerous hobbies, you may not know that one of his dreams had always been to be a Literature teacher.  His house is full of poetry and classics and Matt was an extraordinary storyteller.  And he was a pop culture fanatic; science fiction, Tolkien, comics and roleplaying games.  So his answer to my question about how to give you a glimpse of the bond between us in such a short time came as a literary reference, which happened to be retold in one of the most popular episodes of Star Trek the Next Generation as well.

The Epic of Gilgamesh and Enkidu is one of the oldest stories in recorded history.  Gilgamesh was a larger than life king whose friendship with a man of the wild named Enkidu changed them both.  Together they survived seductions and betrayals, traveled unknown lands, slew evil, and destroyed the Bull of the Gods; an act of defiance I think Matt found particularly appealing.

So just telling you that we always believed in each other, or talked for hours, or shared a love of storytelling isn’t enough.  Not today.  Matt wasn’t just my hero, or my confidant, or my corruptor, or my angel.  Of all the words we could use to describe our friendship, the one I believe Matt was helping me to find...is "Epic".  Together we slew dragons, survived seductions and betrayals, leapt tall buildings in a single bound, explored the world, and helped each other face evil, not with fists or guns, but with words, compassion and, sometimes, a little Punk attitude.

We created worlds together, but my imagination isn’t strong enough to create a world where he isn’t here next to me.

The only consolation I have is that he’ll have to change outfits so many times before starting his next life that I should get there right on time. 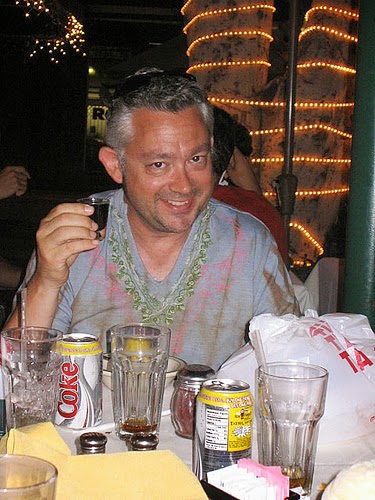 “So Enkidu lay stretched out before Gilgamesh; his tears ran down in streams and he said to Gilgamesh, ‘O my brother, so dear as you are to me, brother, yet they will take me from you.’ Again he said, ‘I must sit down on the threshold of the dead and never again will I see my dear brother with my eyes.’”
Posted by Rich Howard at 12:48 AM