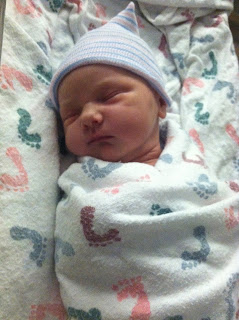 It's official, my wife and I are the parents of one stunning baby Rowan! It was a 48+ hour event that we'll share sometime in the future. In short, everything went mostly as planned (natural birth), but I have to say that this week confirms that I have in my life two of the strongest women I've ever known.

We can't thank everyone enough for the overwhelming love and support we've received. She can't wait to meet everyone!

At least after we get a lot of rest.

A few pictures can be found here.

What If, indeed. Episode II

A couple of years ago, Belated Media posted a re-imagining of Star Wars: Episode I. Re-imagining actually gives Episode I too much credit--the guy tore it apart and molded it into what it should have been. Finally, his vision of Episode II is out and now I know why it took a while.

With Phantom Menace, he could cut together scenes from the film to give us a general idea of what he was thinking; he could also put big red slashes over Jar Jar's face. So much of the first film had been changed (and the second one was so terrible) there was almost nothing for him to use. That means storyboards. The result is not only breathtaking, it is a lesson in story editing.

What If Episode I Had Been Good?

What If Episode II Had Been Good?

Three awesome new songs for the Geek Playlist. Huge thanks to Christina Stiles, Josie Herschel, Steve Magan and Mark Smith for tossing these my way.

All songs available on iTunes.

Posted by Rich Howard at 4:14 PM No comments: